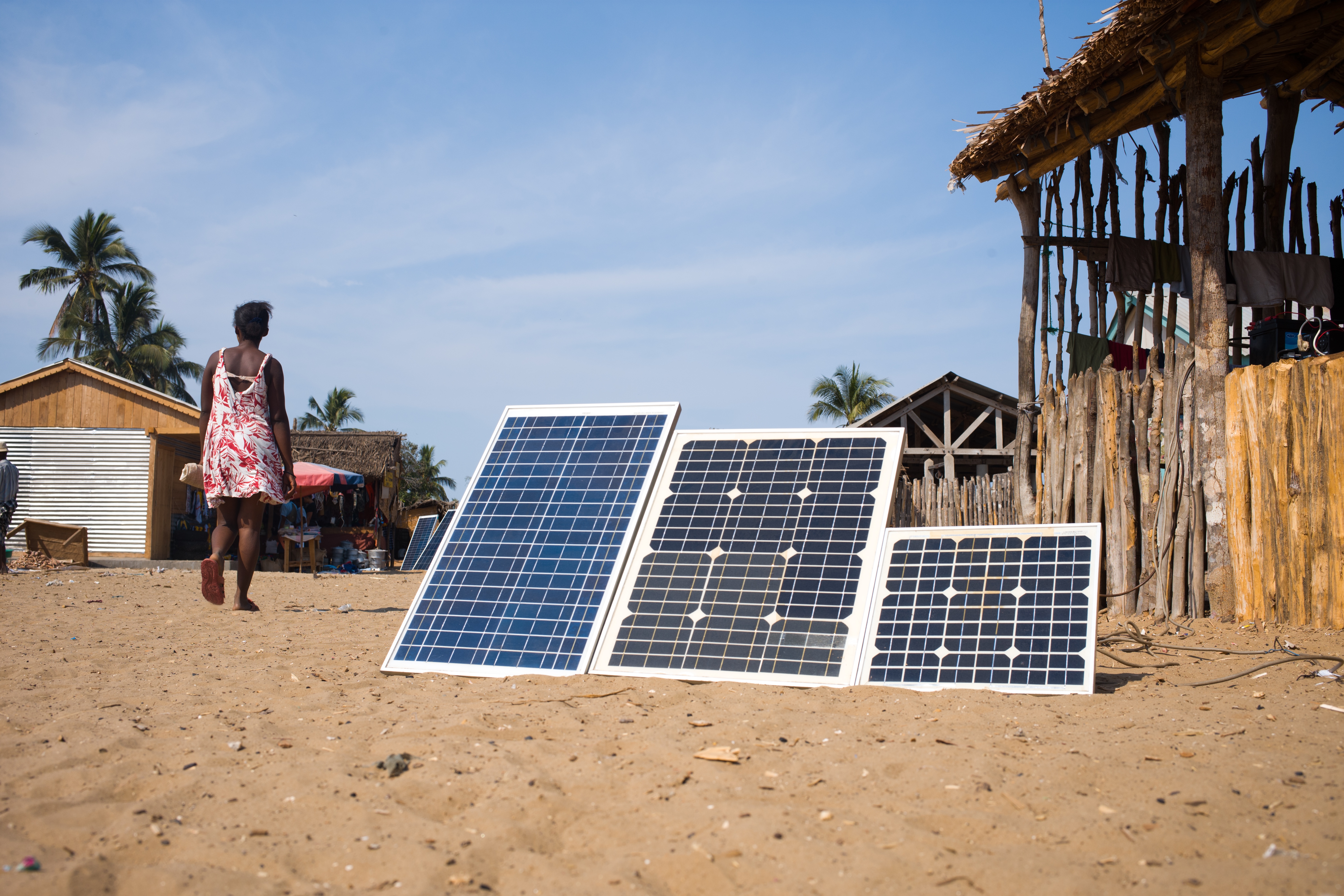 Near 600 million individuals in Sub-Saharan Africa – around 66% of the population – live without grid electricity. Africa is home to almost one fifth of the world’s population, but accounts for less than 4% of global electricity use.

Poverty is part of the problem. In Sub-Saharan Africa, more than 40% of the people live on less than US$2 a day. The International Energy Agency (IEA) reports that paying for the electricity needed to power a few basic appliances would eat up a tenth of earnings for poorer households. Rural areas are hit particularly hard. Whereas nearly three-quarters of households in cities have access to electricity, in rural places the figure is closer to one-quarter.

For remote households, extending the main grid can be prohibitively expensive. Lack of sufficient power generation capacity, poor transmission and distribution infrastructure, high costs of supply to remote areas, or simply a lack of affordability for electricity, are among the biggest hurdles for extending grid-based electricity.

The lack of access to electricity limits people’s productive and economic opportunities, as well as everyday personal satisfaction and wellbeing. It affects everything from people’s abilities to learn to the creation of enterprises and the provision of basic public services like health care. Those without power frequently use polluting and expensive lighting sources such as kerosene lamps or candles, the fumes of which can cause serious and permanent problems. These concerns underpin the United Nation’s goal of countries achieving universal access to electricity by 2030.

Solar technology may change all this around. In 1954 the modern solar cell was invented. It allowed solar energy to be used for about US$256 per watt. As technology has improved, that rate has dropped significantly and today it is possible to find stand-alone solar PV mini-grids in Africa for as little as US$1.90 per watt. At present trends, costs are predicted to fall by 75% every ten years, meaning that solar power will be a cheap source of energy in the foreseeable future.

A recent report of the Sustainable Energy for All Initiative shows that by using solar power for lighting and mobile phone charging, instead of burning kerosene and paying external phone charging costs, some households living in poverty can save up to $10 a month. By having more light for studying, study time for students my increase by 20 to 30 more minutes per day. Less kerosene use also leads to significant reductions in pollution. In Ethiopia alone, this could be as much as 330 million tons, which is roughly the same as the annual emissions from 60 million passenger vehicles. These indirect benefits tend to be harder to quantify, but it is generally agreed that they are very likely to occur.

One of the greatest criticisms of solar power is that it is intermittent. However, along with ongoing innovations in battery storage technology, other solution are being developed. This includes, for example, conversion to kinetic electricity through flywheels for storage and then a new conversion back to electricity when needed.

Modern, high-quality off-grid energy solutions such as offered through solar power will offer a real and sustainable alternative for millions of people around the world. Much in the same way as Sub-Saharan Africa widely adopted cellular technology before ever being appropriately covered by a landline phone network, solar power supersedes the need to connect to a national energy grid-connected network, which today is financially impossible for most of the countries in the region.

Solar power is sure to be a revolution. Fortunately, with the right policies in place, we may not be very far from a world where electricity becomes a standard facet of life across the world, not just in the developed world. International organisations, as well as public and private entities, should devote efforts towards a common framework as soon as possible to ensure access to clean and affordable energy for all.

This post was written by Rasec Niembro. Rasec Niembro is a development impact consultant at the World Bank Group with 8 years of experience in program evaluation, results-based management, counterparty risk and stakeholder communication. He has deep experience in Latin America and the Caribbean in sectors such as energy, transport, gender equality and climate change. He holds a MSc in Social Policy from the University of Pennsylvania and a BA in Political Science from ITAM.

2 comments on “Off-grid energy and its implications for poverty”