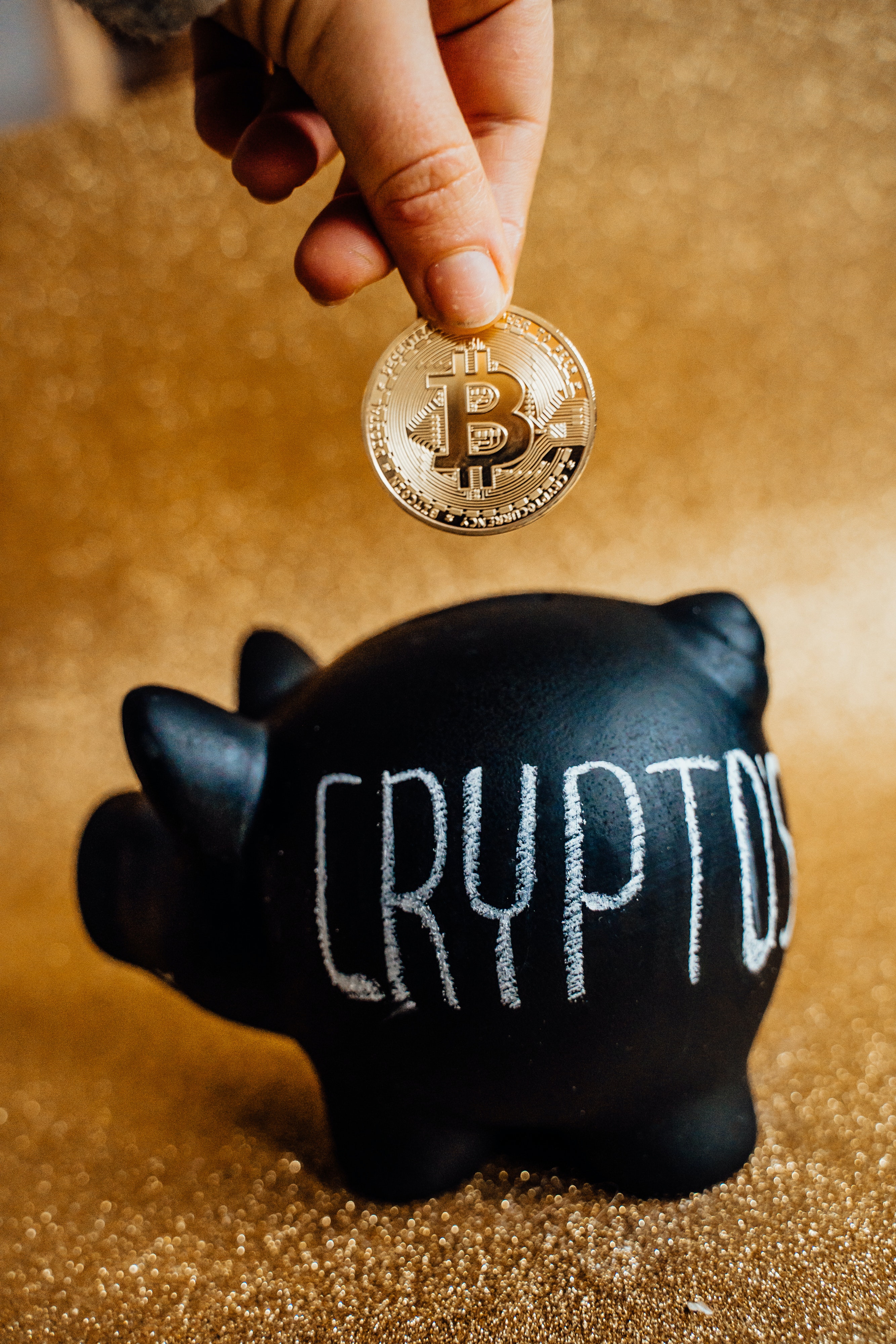 It’s a warm summer’s evening in June 2021 when my phone pings to tell me I received a new email. “Hey, I just read that El Salvador will be the first country to make Bitcoin legal tender. This is so exciting!” A friend and I had recently spoken about issues of poverty and what might be needed to address it, and he had written to share his enthusiasm for what was about to happen in the smallest country in Central America.

“It will be such an amazing opportunity for people who don’t have bank accounts or have little income. This allows them to invest and earn more money. Cryptocurrency has such potential, it can really help to solve poverty!”

I was intrigued, but also sceptical. What use is crypto to those in poverty?

Crypto: from niche to mainstream

A niche world occupied by mostly digital whizz kids only a few years ago, cryptocurrencies are now used by more than 200 million users around the world. Cryptocurrency (or crypto) is a digital currency that is generated through a computer network rather than a central bank or other authority. Unlike traditional currencies such as the US Dollar,  there are no physical coins or paper notes; the currency exists in the digital world only. Bitcoin was the first cryptocurrency to be introduced in 2009, but since then the crypto universe has become home to over 18,000 currencies.

Its rapid expansion means that crypto is no longer the domain of computer scientists or financial experts. In addition to El Salvador, the Central African Republic (CAR) approved Bitcoin as legal tender earlier this year with Panama, Paraguay and Guatemala reportedly following suit.

Crypto to do good

Cryptocurrencies are also increasingly adopted for social causes. From using crypto for fundraising for charity to providing food vouchers to refugees, the social sector seems increasingly open and ready to tap into this new form of digital cash. Some have hailed cryptocurrency and associated blockchain technology as a new way to ‘bank the unbanked’, supporting a way out of poverty for 1.7 billion people around the world currently without access to financial services.

So what makes crypto such an appealing option?

“crypto cuts out the intermediaries. Anyone can register and open a digital account; all one needs is a smartphone and internet access.”

First, crypto cuts out the intermediaries. Anyone can register and open a digital account; all one needs is a smartphone and internet access. There are no banks, credit companies or financial institutions that act as gatekeepers or charge hefty fees. This reduces some of the key barriers to accessing financial services, especially for those living on little who often have poor credit ratings and are unable afford high charges. It also helps migrant workers, allowing them to send remittances to without using time-consuming and costly services such as MoneyGram and Western Union.

Second, the direct nature of cryptocurrency and the technology that underpins it also means that providing support – for example through cash transfers or vouchers – doesn’t get bogged down in bureaucracy. The ability to deliver vouchers directly to recipients, instead of having to process funds through local banks, was an important reason for the World Food Programme (WFP) to use the second largest crypto currency Ethereum for providing meals to refugees in Jordan. Refugees simply receive an account and can redeem their crypto for food at grocery stores at the refugee camps. Identification works based on biometric data, which has the added advantage of being able to bypass other forms of identification.

Is all that glitters gold?

A quick internet search indicates there is no shortage of excitement about crypto and their money-making potential. Cryptocurrencies are inherently volatile, allowing for massive peaks but also deep troughs. Bitcoin lost more than half its value since November 2021, causing havoc in the lives of El Salvadorians who were encouraged to invest in the cryptocurrency. Even so-called ‘stablecoins’ – cryptocurrencies that are pegged to other traditional currencies (often the US Dollar) – have lost value, in some cases considerably. Crypto is sometimes touted as a more profitable and safer option for investment, especially in countries where hyperinflation can wipe out the value of savings overnight. Yet recent experience shows that crypto is no safe bet, and one that many on low income can’t afford to take.

Then there’s the practical question of access. With those of us spending inordinate amounts of time checking social media on our smartphones, there are no technical barriers to accessing crypto. For people in poverty, having a mobile phone and access to internet can’t be taken for granted. After its initial push, use of crypto dwindled in El Salvador, which has in part been attributed to lack of internet access for almost half the population. With only one in 10 in CAR able to access internet, take up of Bitcoin seems even less likely.

“shifting from physical cash to digital money using local currency is one thing. Moving from paper notes that look and feel familiar to online coins that can’t be touched and are difficult to understand is quite another.”

Crypto enthusiasts refer to mobile payment system M-PESA in Kenya – which is used by 90 percent of all Kenyans – to illustrate that digital banking is possible in countries with high rates of poverty and relatively poor infrastructure. Leaving aside that M-PESA comes with issues of its own, shifting from physical cash to digital money using local currency is one thing. Moving from paper notes that look and feel familiar to online coins that can’t be touched and are difficult to understand is quite another.

Crypto: a cash cow for all?

Crypto is becoming increasingly discussed in relation to Universal Basic Income (UBI). The provision of unconditional transfers to any individual regardless of their socioeconomic standing is promoted across the ideological spectrum, from ultra-capitalists such as Mark Zuckerberg to progressive politicians including Greece’s former finance minister Yanis Varoufakis. UBI was central to the campaign of US presidential candidate Andrew Yang, who advocated for making best use of crypto and associated technology to make UBI a reality.

Outfits such as impactMarket and as GoodDollar promote poverty reduction through provision of UBI to those who sign up to their platform (or ‘protocol’). Investors are incentivised to purchase tokens, which in turn generates income for recipients. The detail of what UBI looks like differs per initiative. ImpactMarket transfers a maximum amount of Celo Dollars within a pre-determined time period, while GoodDollar pays out a small amount in its own currency GoodDollar without pre-set limit.

The idea behind these ventures is simple and powerful: mind-boggling amounts of wealth are created in the crypto universe, so why not make sure that everyone can benefit?

The idea behind these ventures is simple and powerful: mind-boggling amounts of wealth are created in the crypto universe, so why not make sure that everyone can benefit?

Sign up and cash in: it almost sounds too good to be true. Is there a catch?

So far, the actual value of these transfers is small. The daily amount transferred by GoodDollar, for example, currently only amounts to the equivalent of a fraction of one US Dollar per day. Referring to this as a UBI is a misnomer at best and misleading at worst.

Then there’s the question of where people can spend their cash. Unlike wealthy investors who buy crypto for medium to long-term return, people in poverty need to be able to use it for buying basic goods on a daily basis. This requires shops to either accept crypto as a means of payment, or for a network of agents to be available to exchange crypto into local currency. Having this infrastructure in place is vital, but not self-evident. Platforms sometimes partner with local organisations to work with merchants or agents to become part of the cause but often they rely on the large inflow of crypto cash leading to communities pressuring local merchants to make financial services available.

“I can’t help but feel that ambitious plans to alleviate poverty and start a digital UBI revolution serve as a smokescreen for market penetration.”

What’s in it for them?

This brings us to motive. I can’t help but feel that ambitious plans to alleviate poverty and start a digital UBI revolution serve as a smokescreen for market penetration. The exponential expansion of cryptocurrencies and protocols in the past few years has given rise to much competition, and ‘onboarding’ as many people as possible will be vital for survival. In an interview for podcast Crypto Altruism, Marco Barbosa, Founder of impactMarket, didn’t mince his words when saying he expects impactMarket to become one of the world’s biggest financial infrastructures. Stepping into the vacuum left by traditional financial service providers by targeting the 1.7 billion people without bank accounts and living in or close to poverty with an UBI is considered the perfect way to drive adoption.

For others, there is a whole other motive at play. The fact that crypto entirely bypasses existing financial systems and any type of government control is central to a new world vision. Crypto – and a crypto-based UBI – is part and parcel of the creation of a stateless society where communities set the rules.

Will crypto help people in poverty?

My scepticism is still here. The many unfathomable technical intricacies of crypto make me nervous. Slick slogans that only half disguise intentions of market expansion raise suspicion. The prospect of an alternative system without rules of the game as we know them is both exciting and terrifying at the same time.

Question is: Does it matter?

One colleague offered a refreshing perspective: If there’s a way to get money out to those who most need it at relatively little cost to them, why not do it? He has a point.

0 comments on “Crypto: what can it do for those in poverty?”