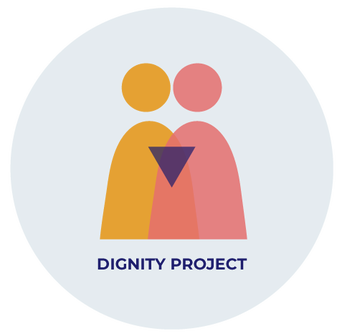 When it comes to an ethic of dignity in international development, Western arbiters are playing catch up.

There is a growing movement for dignity across the world, in both the Global North and Global South. It is implicit in the calls for respectful autonomy in the MeToo movement, and in the demand that we recall the names of the Black people killed by police. International development has started to wrestle with its duties to change in response to these movements.

Those demands for dignity have begun to be echoed the highest echelons of international development. In her recent confirmation hearing to become the new administrator of the United States Agency for International Development, Samantha Power reflected on the duties of American aid: “You don’t shy away from the world’s pain. You don’t consider it someone else’s problem. You act, you serve, you draw on that grit and you promote people’s dignity.”

In saying so, she was echoing a frequent message from President Joe Biden on the campaign trail. The same terms were used by his Democratic predecessor; Barack Obama in his recent memoir intoned “We will learn to live together, co-operate with one another, and recognise the dignity of others, or we will perish.” Similar sentiments about dignity have been offered by UN Secretary-General Antonio Guterres, who has said it is at the core of his work at the UN.

In invoking dignity, these leaders are calling up a long moral tradition, one that has appeared in every society across the centuries – and that has been the irreducible core of calls for human rights in the last century. It is a tradition that asserts that every person has inalienable dignity, and in recognition of that, we must show them respect, regardless of who they are or what they do.

Yet those who might benefit from these leaders’ aid are also those who suffer under the iniquitous global systems these leaders maintain. Those people might well ask if these pronouncements of dignity are anything more than fine words. Indeed, many African thinkers talk in much more urgent and practical terms about the need for a dignity agenda.

“You’re counting the wrong things. You’re not counting dignity of people.” That was the impassioned call of Winnie Byanyima, then head of Oxfam, at the World Economic Forum back in 2019. Earlier leaders of African independence had spoken with similar moral urgency; Patrice Lumumba said that “Without dignity there is no freedom, without justice there is no dignity and without independence there are no free [people]”. The Kenyan thinker Nanjala Nyabola has put it in explicitly anticolonial terms: “We don’t want human rights because the West says we should, but because we deserve them. The East or West can collapse into nothingness and Africans will still deserve dignity and just treatment from their governments. Our dignity is not contingent on other people’s politics.” Though dignity is important everywhere, philosophers like Motsamai Molefe have shown there is a distinctive African tradition of dignity, focused on entering more and more deeply into community with one another.

Similar calls have come from African artists. Akwaeke Emezi, author of Freshwater, has written “Understand this if you understand nothing: it is a powerful thing to be seen.” Chimamanda Ngozi Adichie said in one of her TED talks “Stories can break the dignity of a people, but stories can also repair that broken dignity.” Eleni Coundouriotis has shown how dignity was at the heart of Bessie Head’s writing.

Perhaps more importantly, research by the Dignity Project has shown that ordinary people in low-income countries are calling for a dignity agenda in their everyday lives – and lamenting the many ways they encounter disrespectful treatment. One participant in a research project, a member of the Mathare Social Justice Centre in Nairobi, told us “We would prefer to have respect like those guys from the well developed areas whereby a police officer treats you with respect and they do not harass you….Unfortunately these things happen only to the rich people.” In fact, in 13 of the 34 countries surveyed by Afrobarometer, more than half the population said that public officials are frequently disrespectful.

So are there practical things that development funders can start doing? In a previous article for Apolitical, we outlined some of the steps that research has shown to be effective. A dignity agenda would be one that achieves three things. Recognition, so that people feel seen by bureaucracies they interact with, and see themselves in those bureaucracies. Agency, so that people have choices and a meaningful chance to consent. And thirdly, equality, with power differentials minimised. Right now, organisations can start asking whether the people they serve feel respected, track that as a metric of importance, and begin testing ways to do better still. Research by the Dignity Project has highlighted practical changes to programming, from converting to cash transfers to opening hard conversations.

If development actors do wish to act, they are likely to find support from their colleagues. In our survey of US nonprofit staff, 79% were personally committed to raising dignity with their colleagues, as an issue where they could do better. More than half were prepared to take a paycut, in order to work somewhere that focused on dignity. Important, this was driven by people who have themselves experienced disrespectful treatment, and those who think that when it comes to dignity, their employer doesn’t always practice what it preaches. Something similar is going on with the US public, who donate 60% more to charities that take care to be more respectful.

The movement for dignity is starting to catch on at the top levels of the sector. Disaffected employees in the West, and sceptical thinkers from across Africa, are watching intently to see them turn that rhetoric into meaningful action.

In societies worldwide, bureaucracies and those in power frequently fail to see the full humanity of those they seek to serve – and the duty to get this right is especially acute in international development. Let’s see whether USAID’s new administrator, and leaders across the Western world, mean what they say.

Tom Wein is the founder of the Dignity Project, a campaign for more respectful development. He tweets @tom_wein.

0 comments on “Impatiently waiting for dignity in international development”